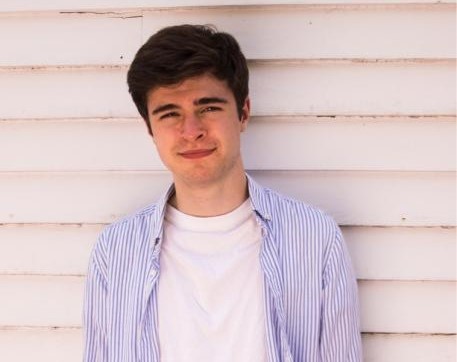 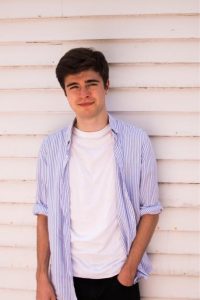 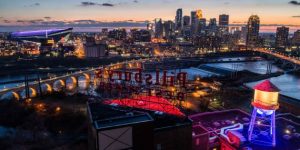 The first thing that I noticed when I got here was how open-minded people were. Since video games are often viewed as a waste of time in a lot of the world, I’m used to having to defend myself for what I like to do for fun. But here, when I tell people I play video games, they just ask which games I play. I was shocked to find people in idrett and band talking to me about video games. Nobody seemed to be placing me in a box for what I liked to do. Nobody is a gamer or a band geek or a sports jock. We are just people here.

Live or let die was an incredible experience. I was shocked that we were just left out in the wilderness. It was the first time where I truly felt like an adult to the world. I was given a chance to be responsible and self-sustaining with my peers. We had a lot of fun and I met a peculiar but extremely vibrant and thoughtful group of people. We lived under a tarp for a night and I won’t forget the laughs we had.

I think playing butt soccer with the rest of the e-sports group was really special. We weren’t able to play games that week so our competitiveness was in full effect. We didn’t know what to do for our costumes so we just wore our hoodies upside down. It turned out to be a genius idea because we looked ridiculous and had a lot of fun. Unfortunately, we didn’t win but we came up with some really good cheers that god us some candy in the end. 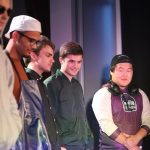 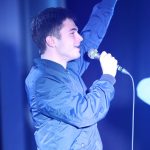 I’m in older housing so it’s not as nice as the new houses. It’s still incredibly nice. Our rooms are all very clean-looking and I really enjoy the view from my window. It’s also nice to have tap water that we can drink from at any point and the showers are supreme quality. I like my housemates a lot and I think the only downside is that my room is right next to elevstua but it’s not that bad, I just have to go to sleep listening to the Pirates of the Caribbean theme. The beds are also really comfortable and I can’t tell if it’s just because Norwegian beds are super comfortable or the ones at school are just nice.

My roommate and I get along really well. He’s a very genuine and kind guy who cares about what’s going on in my life. He’s gone on runs with me quite a few times and we’ve had our little adventures here and there. It’s nice to have someone to debrief with at the end of the night. I already know that he’s gonna become a very good friend. He’s also helping me with my Norwegian and knowledge about the culture. Fantastic guy, couldn’t have asked for a better roommate.

Yes! This is just the place I needed. It’s given me a chance to get perspective on my own life, as well as focus my energy on specific things. In my case, I want to see how good I can get at league, and who I am if I don’t have to worry about other people judging me. I’m genuinely happy here and I think this is a place that enables people to unlock their own potential. It’s hard to describe but this place really does give you a chance to do what you really want to do. I’m happy, so my goals have been exceeded.